Are There Any Benefits of Circumcision in Babies 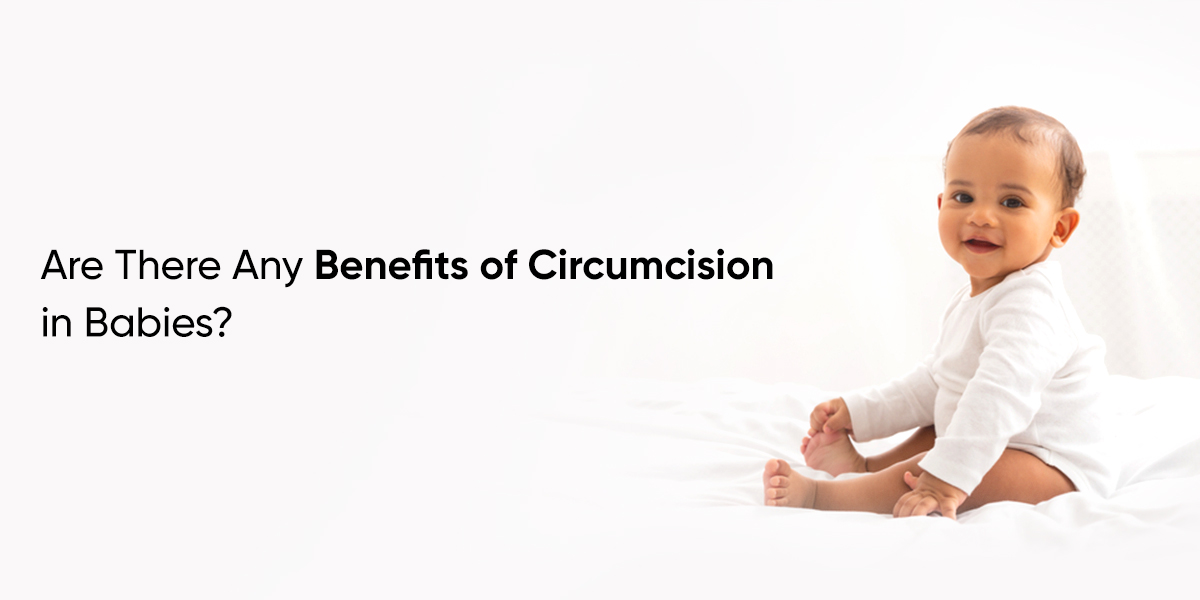 Circumcision in babies- Its Beneficial

Circumcision in babies is not followed as a tradition in India unless the parents are followers of a religion like Islam or Judaism that recommends the procedure. Parents seldom choose to have this procedure for their babies because baby circumcision is rarely needed for immediate medical reasons. Babies usually have a tight foreskin that becomes looser only as boys grow up. If parents choose to have circumcision for their baby, it will be performed only on a stable, healthy baby. Parents may find it a good idea to make a decision about Chennai circumcision for babies ahead of time, before the baby boy leaves the hospital after birth, in order to avoid the inconvenience with it amid the anxiety and excitement of raising a new born.

Circumcision is safest to perform in babies

Parents may want to consider the pros and cons of circumcision in babies, and then weigh this with their own ethical and religious beliefs to make an informed decision. Routine circumcision for babies is usually performed within few days, up to first 3 weeks of birth. If it is a premature birth or the baby has complications at birth, such as an illness, blood disorder or congenital anomalies, he should not be circumcised immediately. For instance, Hypospadias is a condition where the baby’s urinary opening is not formed normally and circumcision will not be recommended. Boys at birth have skin that completely or almost covers the tip of the penis. Routine circumcision procedure on babies are performed to remove some of the foreskin to expose the tip of the penis (glans) and the opening of the urethra, through which the baby urinates.

Circumcision procedure in babies takes only a few minutes and is rarely complicated when it is performed by an experienced surgeon. Circumcision for babies is performed using modern procedure that does not usually involve any cutting or stitches. Circumcision for babies is done using a specially designed device, a plastic ring called the plastibell, fitted to cut off the blood supply to the foreskin. In consultation with parents, local anaesthesia will be provided to reduce the pain the baby experiences during and after the procedure. The tissue of the foreskin will be starved of oxygen without blood supply and the foreskin cells will die and eventually drop off in about 10 to 12 days. If the procedure is to be done after the new born period, the procedure can be a little more complex. Medical circumcision in Chennai may be recommended during infancy or childhood if the foreskin is not retractable or the boy presents with repeated urinary tract infections. Boys may experience more complications if performed later in life compared to the new born period when the procedure is safest to perform.

Benefits of circumcision in babies outweigh the risks

Circumcision offers numerous benefits for a boy, as he grows and develops as a child. It has been determined through review of various studies that the circumcision benefits in babies outweigh its risks. However, universal new born circumcision is not recommended, instead the decision is left to parents.

The American Academy of paediatrics, September 2012 states: “Evaluation of current evidence indicates that the health benefits of new born male circumcision outweigh the risks.” It is further stated that circumcision in babies should be performed by “trained and competent providers, using sterile techniques and effective pain management.” Parents may want to know about the following three benefits of circumcision for babies:

Most males start with sexual activities before 18 and delaying circumcision until later can miss out on the protective benefit of circumcision. Learning safe sex practices from adolescence is primarily important, but extra protection from a circumcised penis is a good thing. A circumcised penis in a growing boy can lower the risk of contracting certain sexually transmitted infections, including HIV.

Benefits of circumcision in babies extend in to adulthood

Circumcision is not only beneficial in early life but also later in life when the individual becomes sexually active. Removal of foreskin at the circumcision hospital in Chennai, lowers the risk of acquiring HIV, syphilis, human papillomavirus and genital herpes. Cervical cancer risk in sexual partners is also lowered. According to African studies, circumcision reduces the risk of HIV transmission by about 50%. A recent study from Johns Hopkins, links circumcision to decreased risk of penile and cervical cancer over a lifetime. The spread and heterosexual acquisition of HIV, human papilloma virus (HPV), genital herpes and syphilis have been curtailed in places like Africa, where the prevalence of sexually transmitted infections, HIV in particular, was high and increasing. In fact, recent John Hopkins researchers warn that declining rates of male circumcision in babies will lead to dramatically higher rates of sexually transmitted disease and related cancers in men and their partners.