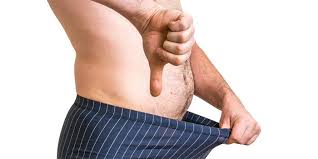 Circumcision – The process of removing foreskin from a Man’s or a baby’s or a young adult’s penis. Circumcision has been performed for over 15,000 years as per NCBI and it is practiced in almost all countries of the world. Though the reasons may be due to medical or religious, many believe that circumcision improves the hygiene of the penis and protects against many urinary tract infections (UTIs), phimosis, paraphimosis, balanoposthitis, veneral diseases and cancer. There is much less recorded research material on how circumcision can help treat Erectile Dysfunction, Premature Ejaculation, low libido problem / absence of sexual desire, orgasm difficulties and dyspareunia.

In theory, removal of foreskin on the penis exposes the sensory fibres that are present in the penis. Absence of skin on these fibres can help in stimulating the penis easily than when it is present. A group of medical experts and doctors wondered if their theoretical analysis was right. So, a group of 10,000 men were selected across different age groups who were circumcised, not circumcised, had Erectile Dysfunction problem etc. Initial analysis of their sexual life was made and the information was recorded. A correlation between sexual satisfaction of men and circumcision was also recorded analysed.
Contrary to the belief that circumcision would treat/cure Erectile Dysfunction, not many of the participants in the research reported any difference in their penile stimulation/sexual sensitivity or ED post circumcision. In a different research published by another team of medical specialists reported 38% improvement in penile sensation after circumcision. Some reported an increased ejaculatory latency time after circumcision (treating Premature Ejaculation condition). On the whole, the experts concluded that Circumcision does not appear to greatly affect penile sexual function or the sensitivity of the penis compared to uncircumcised men. However, a lot of other studies claim several other benefits of circumcision when performed early in life. The negative effects of circumcision were nearly absent wrt to sexual function or penile sensitivity.

What do the doctors or urologists at Chennai Circumcision Clinic say about circumcision and it’s benefits?

The sexual health experts at our clinic are in close agreement with the medical research and their conclusions. Circumcision can help in overcoming Premature Ejaculation problem and may also help in easy stimulation of the penis in some cases. The doctors here first analyse the cause of the Erectile Dysfunction such as age, lifestyle, stress and any other psychological factors in the patient’s personal life following which medical advice will be provided that may or may not include circumcision. A couple of follow-ups may be necessary to assess the condition of the patient and modify the treatment accordingly.