How does circumcision help prevent HIV? 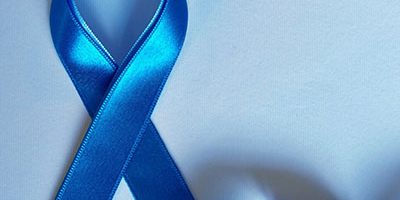 My is name is Dr Karthik Gunasekaran, I am a consultant Urologist and laser surgeon in chennai. In this quick blog post, we are going to look at everything about Circumcision and how it helps in preventing HIV.

The foreskin has sparked up a lot of debates in the HIV research community, over one question ‘does it really help prevent HIV?’

In a recent research study, it has been found that the answer to the question is yes, circumcision method is proved to reduce HIV in heterosexual men. In countries like Africa where the spread of HIV was prevalent, this method significantly reduced the number of HIV positive cases. It proves as an important addition to the HIV prevention strategy of men.

Scientific circles and AIDS researchers have observed that many African tribes that circumcise boys and young men had lower HIV rates than those that do not. Trials in Kenya, Uganda and South Africa have all shown that male circumcision significantly reduces a man’s risk of acquiring HIV. The results have shown that circumcised men are up 50 to 60% less likely to acquire HIV during heterosexual intercourse.

How does circumcision help?

Male circumcision is the surgical removal of the foreskin, which is the tissue covering the head of the penis. Research has shown that removing the foreskin has its own health benefits such as:

Some scientists say that the reduced risk of HIV infection is because it removes the tissue in the foreskin that is particularly vulnerable to the virus. The region under the foreskin provides a moist, dark place in which germs can thrive.

What is the relation between foreskin and HIV?
It is not certain why the removal of the foreskin leads to lower incidences of HIV but some of the theories that can support the statement include:
• The density of Langerhans’s cells which are present in the foreskin of the penis
• HIV cannot penetrate normal healthy skin but if there are abrasions then they could provide a point of entry
• A foreskin increases a man’s risk of contracting other STDs such as herpes, syphilis, and chancroid that are cofactors for HIV.

How does HIV enter the skin?

Although circumcision is beneficial, it is not a disease of the general population. Despite the protective effect of circumcision, condoms will remain a key component of HIV prevention, because there is no surgical way to remove the entire inner foreskin.