Is circumcision a prevention for potential diseases or abuse? 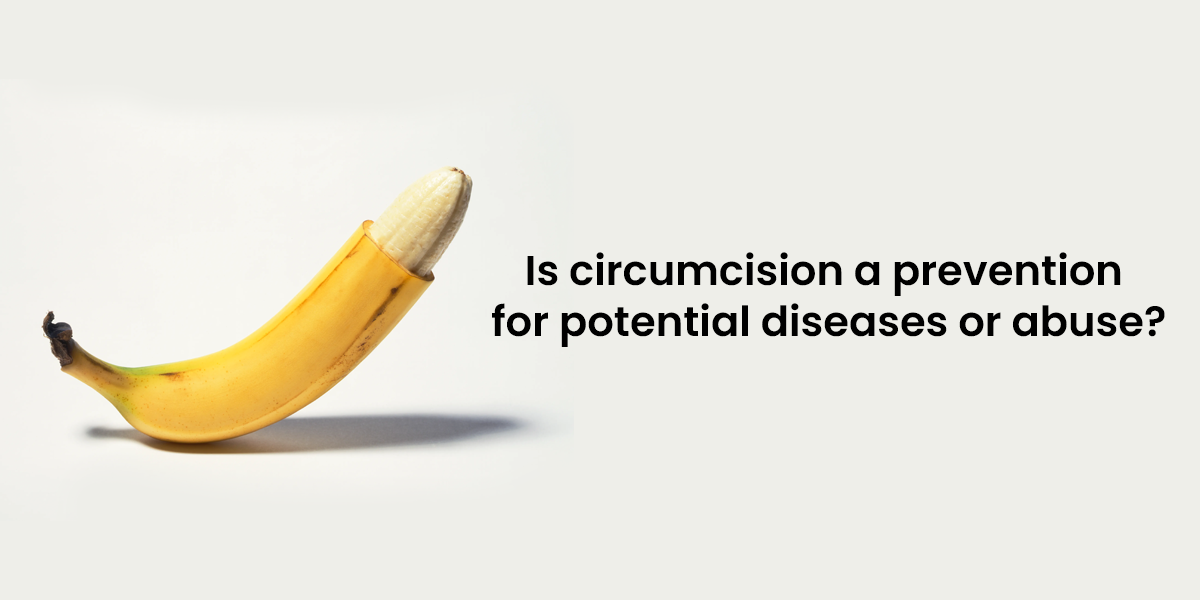 Male circumcision, the surgical removal of the foreskin  or prepuce is one of the oldest known surgical procedures that has been traditionally undertaken across the world. Main reasons for choosing circumcision are as a mark of cultural identity, religious importance, for perceived health benefits such as improved hygiene and reduced risk of infection or as prevention against potential diseases. Circumcision continues to be a significant part of the social and cultural identity of some communities in India and hence, most circumcisions take place for religious rather than medical reasons that need diagnosis and treatment at best circumcision clinic in Chennai. However, such ritual male circumcision which is non-therapeutic, continues to be unchecked throughout the world, making it a risk for infections and complications that could amount to be taken as abuse.

Circumcision as prevention for potential diseases

Circumcision is an ancient ritual followed by certain religious groups whereas there is no ritual circumcision in other religions that arose outside the desert regions of Middle East. Circumcision was also traditionally practised by aboriginal societies in desert areas of Australia. As stated by historians, it is believed that the circumcision procedure was originally undertaken as an early public health measure to prevent balanitis, a swelling of the penis that can be caused by the accumulation of desert sand under the foreskin. The most compelling evidence for the medical benefits for circumcision came to light from a meta-analysis of studies that revealed male circumcision at least halves the relative risk of HIV infection throughout sub-Saharan Africa. Ever since, medical circumcision is being widely studied for various indications and is being accepted and carried out to reduce the risk of urinary tract infections, cut the risk of penile cancer and lower the risk of HIV and the human papillomavirus. The following conditions affect the penis and are common conditions that require circumcision for prevention of potential diseases:

Circumcision removes the risk of all foreskin disorders, quite simply by removing the foreskin. If there is no foreskin, it means no diseases of the foreskin. The risks associated with stapler circumcision surgery in Chennai, being carried out by qualified and experienced doctors are negligible. A recent scientific review in the journal, Global Health, it was concluded that the benefit of circumcision over the long run, greatly exceeds the risks, with no adverse effect on sexual function or pleasure. It was when the American Academy of Paediatrics declared that the health benefits of circumcision outweigh the risks and the procedure is a matter of parental choice, outraged opponents called it male genital mutilation, or child abuse.

Can circumcision be abuse ?

Men were routinely circumcised for health and hygiene until 1950 and is still legal with proper consent from the concerned, but barely 5% are circumcised now for medical reasons. Some faiths believe in male circumcision only when done by people who are not medically qualified, as a way to enter a covenant with their God. Thus, religious circumcisions go unrecorded when undertaken outside mainstream medicine. Such circumcision done under medically unfit conditions is not a risk-free procedure. There are potential short term risks like bleeding and infection associated with such non-medical procedures. Long term potential complications of circumcision, conducted as non-therapeutic procedures that are not medically standardised may include pain on erection, penile disfigurement, and psychological problems. Such complications arising from medically unapproved circumcision procedures have accounted for male genital mutilation and abuse.

Given the health benefits of circumcision, it is logical to question people who care so much about their body that makes them think of circumcision as abuse as to why aren’t they promoting circumcision. Any procedure with multiple benefits and minimal risks is in the best health interests, then why not undertake circumcision for prevention of diseases ?, because, same argument may not hold good when it comes to immunisations, antibiotics and other surgeries. For that matter, nothing comes without risks, and if benefits outweigh the risks, it is time to act and prevent diseases through circumcision rather than wait for fatal complications. As informed people, it is necessary to take decisions as medically advised in best interests after weighing up health benefits and risks. Anyone who is against male circumcision and consider it as abuse, would have to rethink if they would want to derogate a procedure that promotes health by protecting against male infections. It is unethical to dismiss a simple surgical procedure that can be done at best circumcision clinic in Chennai as prevention for potential diseases.

Symptoms of balanitis? What can happen if balanitis goes untreated?
September 12, 2022

What Is The Permanent Treatment For Recurrent Balanitis
August 8, 2022
Recent Posts
Go to Top