Symptoms of Infection after Circumcision 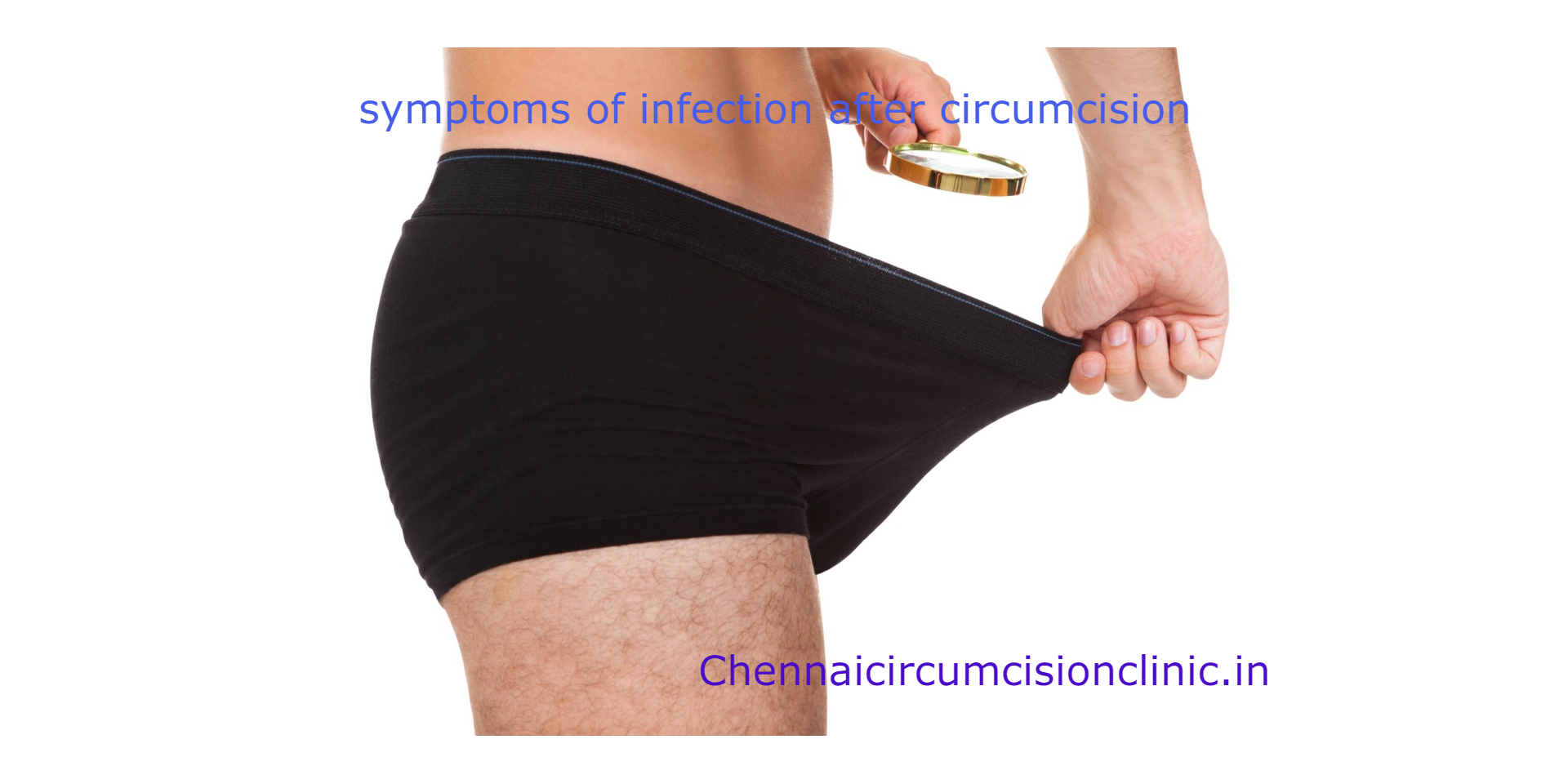 Symptoms of infection in children

Wound infection is the complication that occurs in less than 1 out of 200 circumcised boys. Due to the rich dual blood supply of the penis, wound infection occurs infrequently. The plastibell technique is reported to have more chances of infections. Common sites of infection are the open wounds of the circumcision leading either to an ascending urinary tract infection or directly to bacteraemia. Respiratory distress is also seen in infants with Staphylococci bacterial infection revealed  from the urine and blood.

Spreading redness/erythema – Redness of the penis that may worsen over time after circumcision could be a sign of local infection. The redness may gradually extend up the shaft of the penis.

Fever – If the child has a low-grade fever ranging from 99 or 100 degrees Fahrenheit after surgery, it is generally considered normal. Fever that may shoot up to greater than 101.5 degrees a day after surgery could be a sign of concern. Post-surgical respiratory infections including ear infections, colds or pneumonia could be a reason for high fever. High fever soon after surgery should be checked with a doctor to ensure that it is not an ear, sinus or lung infection.

Irritability/Lethargy – when the child presents with persisting irritability, lethargy or poor feeding, it could be a sign of pain from systemic infection. The child may need admission, intravenous antibiotics and wound debridement to clear the infection.

Infections after circumcision in children emphasize the basic rule that any surgical procedure however minor, traditional or less interventional, should be considered free from danger. Children are relatively immunocompromised, so infections in this age group can become serious problems. Skin flora is the usual causative organism of infection but it develops due to the uniquely dirty environment of the diaper. The penis being in a wet environment of the diaper and the proximity to stool contamination, makes it a more susceptible for infection. Proper patient preparation, sterile handling and good local wound care that includes regular cleaning of the penis and application of antibiotic ointment with frequent diaper change can prevent infection.

Symptoms of infection in adults

In adult men, circumcision is considered a possible treatment option for penile infections such as recurrent balanitis or for acquired infections such as HIV from infected partner. Foreskin has been a covering on the penis for a life time in adult men and it is likely that some discomfort and swelling around the head of penis may be experienced after circumcision. It is a common apprehension among men, that any breach of the skin surface may lead to infection. Though post-surgical circumcision infections are rare, symptoms to look for such infections may include:

Erections which are common as nocturnal sexual arousal in adolescent and adult men do not usually harm the wound and may aid in healing. Men are advised to avoid sexual stimulation and sexual activity during the circumcision wound healing time which is usually about six weeks. This is in view that masturbation and sexual intercourse can cause damage to the healing wound or exposed skin leading to infection. In addition to injury expected to the wound or skin, sexual intercourse immediately during the six weeks of circumcision healing can increases the risk of acquiring HIV. There are high possibilities that the virus may get into the body through parts of the wound that are still fresh, raw and not healed. Engaging in sexual intercourse before completing six weeks will require the man to wear a condom to protect the wound and skin and thereby prevent acquiring HIV and other sexually transmitted infections. Consistent and correct use of condoms even after the six-week period is advised as male circumcision does not give complete protection against HIV and other STDs. Having sex with someone new or when engaging in any risky sexual situation after being circumcised will require the usage of condoms to avoid acquiring infections.

Where can I get circumcised in Chennai?
October 7, 2020