Symptoms of balanitis? What can happen if balanitis goes untreated? 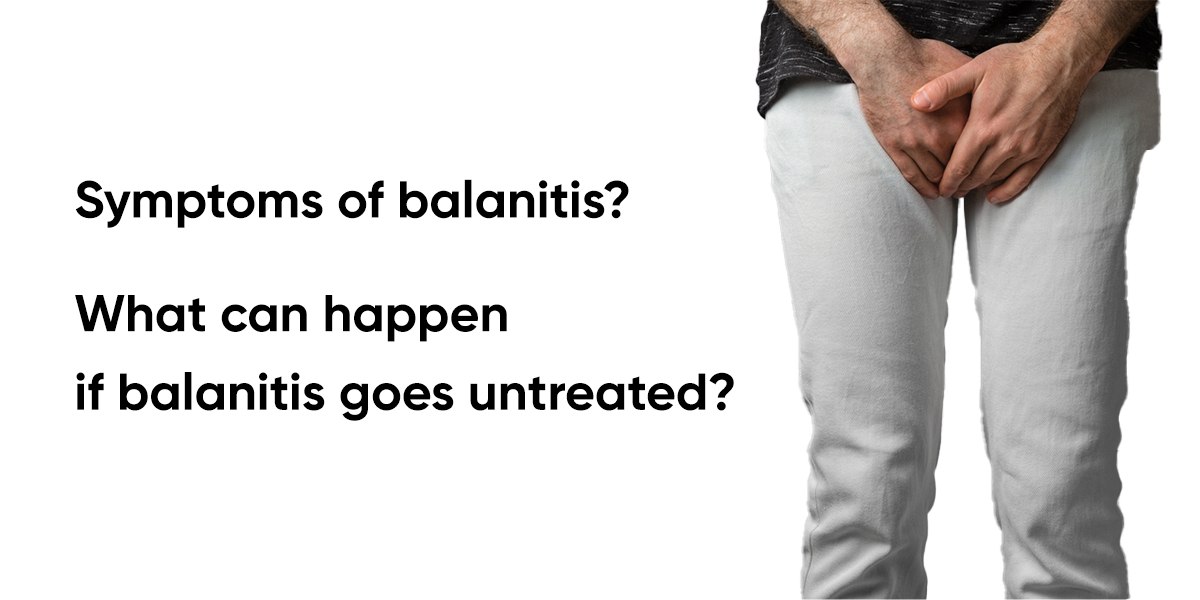 Balanitis is an inflammation of the glans penis which is the round, sensitive tip of the penis. Balanitis can be painful and cause itching, redness, and swelling. It can affect men of any age but is most common in men over 40, especially with uncircumcision. In severe cases, balanitis can lead to scarring and loss of sensation in the penis. Balanitis is usually caused by poor hygiene, a sexually transmitted infection, or an allergy. Treatment for balanitis depends on the causes.

What can cause balanitis?

Many different things can cause balanitis. The most common causes are tight-fitting clothing and certain skin conditions. It can also be caused due to fungal infections like bacterial or yeast infections. It happens because of poor hygiene like improper cleanliness and moisture causing fungus and bacteria.

Additionally, improper washing or over washing can also irritate and swelling in the penis leading to balanitis. Using harmful dyes or perfumes can irritate. Other reasons include sexually transmitted infections (SITs), injury on the top of the penis, medical conditions like arthritis and diabetes, or reactions due to latex condoms and spermicides.

Several uncomfortable symptoms can accompany the inflammation of the head of the penis. The most common symptom is pain or discomfort when urinating. Other symptoms include:

If left untreated, balanitis can lead to more severe complications, so it is essential to be aware of the signs and seek treatment if necessary.

Balanitis is a painful problem, if left unattended it can lead to serious health problems, including infertility and cancer. However, the best Balanitis Treatment in Chennai can improve your condition. There are a few methods that can be useful for treating such conditions:

In case of severe balanitis, doctors can recommend surgery for removing inflamed tissues. For recurrent symptoms or development of phimosis, your surgeon might even suggest Circumcision in Chennai to prevent further symptoms.

Hence, balanitis is a treatable condition but can become serious if left untreated. It can lead to discomfort and hence you must visit the Best Circumcision hospital in Chennai as early as possible. It can help you to diagnose and treat it.

What Is The Permanent Treatment For Recurrent Balanitis
August 8, 2022
Recent Posts
Go to Top