How To Treat Balanitis Permanently In A Day 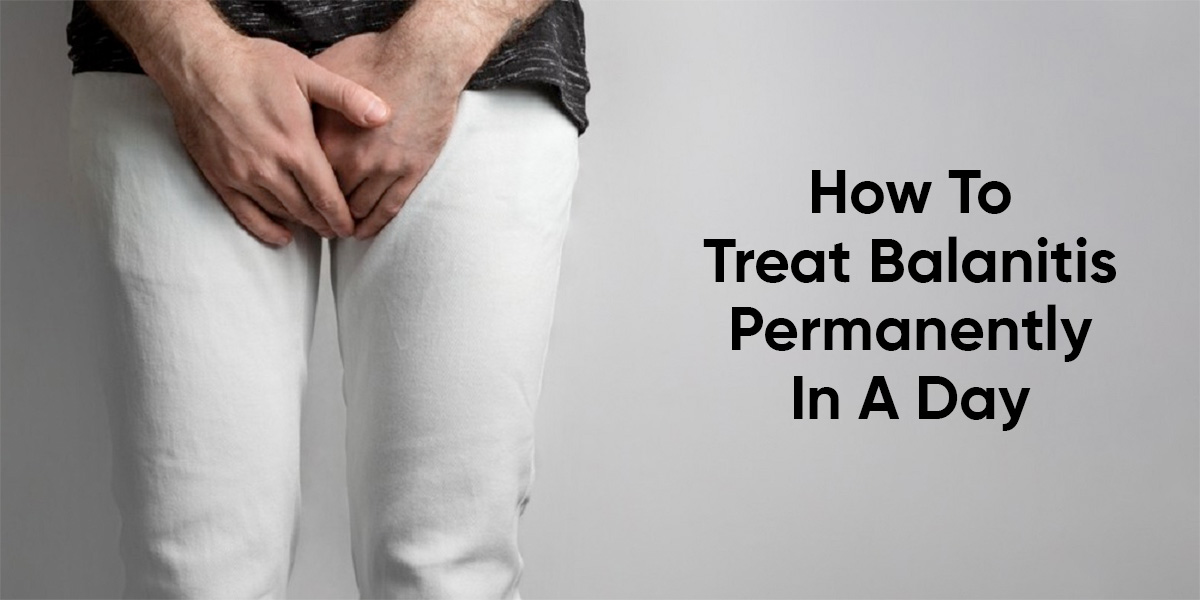 Balanitis affects about 1 in 30 uncircumcised males during their life. Balanitis is a painful condition that occurs in a high percentage of males at any age, mainly those who are not circumcised. Thus, balanitis has become the most common inflammatory disease of the penis. This is probably because, the uncircumcised penis is an important niche for genital anaerobic microorganisms such as bacteria, causing swelling of the foreskin covering the head of the penis. Untreated balanitis is not just physically uncomfortable but also causes a great deal of psychological trauma. Oral medicines and topical applications may provide temporary relief, but specialists in penis problems and treatment in Chennai suggest circumcision as the permanent cure for balanitis.

Why medications may not treat Balanitis permanently?

There is a high risk of localized oedema developing if balanitis is allowed to progress or reoccur without surgical treatment. Adherence of the foreskin to the glans results in a complicated effect of inflammation in combination with oedema. Common symptoms of this complicated condition include recurrent episodes of pain, redness, and a foul-smelling discharge from under the foreskin. Balanitis has a more severe clinical presentation in men with diabetes and immunocompromised disorders.

How could circumcision be a permanent cure for Balanitis?

Balanitis is a penile problem in which inflammation occurs on the tip or the glans more commonly of an uncircumcised penis. The appearance of a shiny red or reddish-orange area of the penile head is the typical characteristic of balanitis. The condition is mainly caused by an infection or other irritation to the head of the penis. Major causes of balanitis include:

The main reason for balanitis to occur is often related to hygiene. Uncircumcised men find penile hygiene to be more of a problem than do circumcised men. It can be tedious and difficult to keep an uncircumcised penis adequately clean especially with a tight foreskin, providing a wet and warm environment for bacteria and fungi to grow under the foreskin. Smegma, which is the thick, white, cheesy substance that is produced and collected under the foreskin, consists of 27% fat and 13% protein, and contributes to the higher occurrence of lipid-dependent yeasts, inhabiting the skin and mucosa of the penis. Poor hygiene, a tight foreskin, and the building up of smegma serve as a nidus for bacterial and fungal overgrowth which can lead to irritation and inflammation. In a study on 350 Indian men, it was found that the uncircumcised men were more likely to allow bacterial pathogens in the crown of the penis. Gram-positive, Gram-negative, and any pathogen were 1.9, 2.4, and 2.8 times higher, respectively in uncircumcised men compared to circumcised men.

Surgical intervention for balanitis will depend on the disease progression. Circumcision can be the definite curative procedure for balanitis confined to the foreskin or glans. Removal of the foreskin prevents the accumulation of any residual matter or urine that can cause balanitis in the first place. Thus, in the absence of the foreskin through circumcision, there is no longer a suitable environment available for an infection or inflammation that can lead to balanitis. Through the study, it was found that in uncircumcised versus circumcised men, the infection rates were 49% vs. 7%. It was also revealed that the frequency of yeast colonization was reduced from 11% to 1.3% after circumcision. Hence, a certain and definitive treatment as a permanent solution for balanitis accompanied by tight foreskin issues can be circumcision. Further progression into complications can involve other parts of the penis, requiring more advanced surgical correction such as urethral dilation, urethrotomy, urethroplasty, etc. Therefore, if circumstances demand that the condition of balanitis has to be fixed without having to visit the urologist again for the same problem, circumcision done in a day is the best recommendation as a long-term solution.

Laser/ZSR Circumcision in a day

Latest procedures such as Laser/ZSR circumcision performed by highly trained and experienced surgeons offer permanent treatment for balanitis as early as just a day. The use of a Holmium YAG laser or circular stapler in circumcision is a novel, less complicated, less painful, and easy procedure that is considered as an alternative procedure for the conventional methods of circumcision. Apart from providing top infection control and quality guidelines to ensure the highest standard of safety and well-being in the treatment of balanitis, laser circumcision offers the advantages of:

The cuts on the penile skin made with these techniques are more accurate than conventional methods of doing circumcision. These techniques allow sutures that dissolve automatically within a few days and have minimal requirements for dressing. Advanced techniques available at an affordable cost of circumcision surgery for adults in Chennai have made Laser and stapler circumcision the most modern and sought-after methods of treatment available for Balanitis.