Circumcised Vs Uncircumcised – What is The Difference? 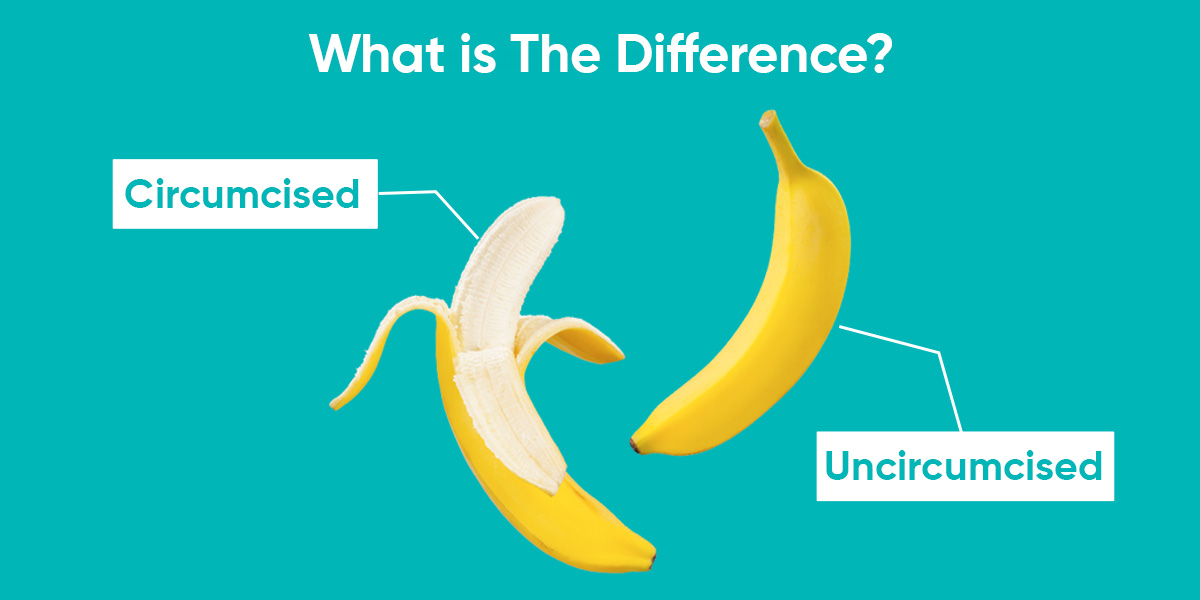 Circumcision is a procedure done to remove the foreskin from the glans/head of the penis. The reasons for a man/baby/teen/adolescent getting circumcised vary and they include religious practice, hygiene, due to any medical condition or to prevent any possible medical conditions etc. The difference between a circumcised and uncircumcised penis is mostly the appearance and hygiene.

What is the effect on sex?

Some studies have been done in 2012, 2013 and 2016 in circumcised men and uncircumcised men to understand the effect on sex, long term sex related functionality of the penis, sensitivity etc.

Some studies done in 2013 suggest that men who were circumcised felt less sensitivity after getting circumcised during sex which helped them last longer in bed. Whereas another study done in 2016 contradicted this opinion saying that there isn’t much difference in sensitivity between circumcised and uncircumcised penis.

However, almost all the studies done have concluded that there is no short term or long term negative effect on sexual functioning of the penis after getting circumcised.

This is not true at all. The size and shape of any penis doesn’t change with circumcision irrespective of when the circumcision is done.

A circumcised penis ‘may’ look longer when erect due to the absence of foreskin but medically that is not true.

How does circumcision affect the appearance of the penis?

In case of a circumcised penis, the absence of foreskin exposes the glans and it looks little dry and the texture on the penis’ head may change a little bit.

Not really. The effort required in keeping an uncircumcised penis cleaner and healthier is little more compared to that of a circumcised one. The foreskin has to be pushed behind the penis’ head and washed with mild soap regularly to keep it clean and to get rid of the dirt/body fluids and smegma. Smegma is an yellowish white substance that forms under the foreskin which can stink and can be a cause of infection. It is advised to wipe off the uncircumcised penis with a toilet paper after peeing so that there won’t be any drops of urine left under the foreskin. Not keeping the penis clean can lead to the infection of the foreskin and penis glans. In some men, foreskin can be cause of certain medical conditions like:

In case of a circumcised penis, normal flow of water and a little bit of washing during bath would be good enough as there are less chances of accumulation of dirt and smegma.

In an other study in 2017, females with circumcised partners were at lowered risk of acquiring sexually transmitted infections such as Chlamydia, syphilis and one type of herpes.  They were also shown to be less prone to cervical cancer.

Does circumcision affect the fertility of a man?

In short, NO. Circumcision doesn’t affect the fertility or the sexual functioning of a man’s penis. Fertility of a man depends on several factors such as presence/absence of sperms, lower sperm count, shape of the sperms, the ability of the sperms to swim through etc.

“There are a couple of benefits such as reduced risk of sexually transmitted infections and decreased sensitivity leading to longer lasting time in bed with their partner in circumcised men”, says Dr. Karthik Gunasekaran, expert sexologist and urologist from Chennai Circumcision Clinic in T Nagar, Chennai. While several clinics in Chennai claim to be the best hospitals for circumcision, there are only a handful of specialists who are experienced in using laser for circumcision or to perform a stapler circumcision and our Chennai Circumcision Clinic is one among those handful speciality clinics.